If you missed earlier installments of this series, here's your chance to read more about the accomplishments of NYIAD students. Read our Student Postcards on NYIAD Student John Snowberg who is quick to remind you that your work is all about the client; make the client is happy, you will be successful. NYIAD Student Jodi Feinhor Dennis who rediscovered her childhood interest in design and became a top-notch interior designer. and, NYIAD Student Helen Brasinka who leveraged her talents as an artist to become a skilled interior designer. 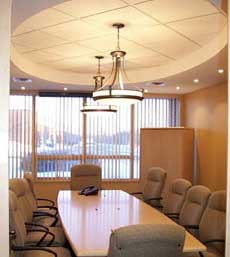 Sometimes you don't see your own strengths until someone else points them out; and that's when it's time to take hold of that encouragement and run with it.

That's what Anne Yez of Ottawa did, and with one 500K job under her belt, she's looking forward to completing her NYIAD Course and launching her own design business.

While working as an executive assistant at Canadian Waste Services, Inc., the largest waste management company in Canada, Anne was called into the office of the Vice President, and before she knew it she was in charge of a full redesign project for her company.

'They had decided that it was time for a whole new look, something more in line with the corporate office they had become,' Anne says. 'The VP had decided that he liked my taste 'based on what I'm not sure ' and asked me for any ideas I had. We sat down to discuss them and he then gave me the whole project.' 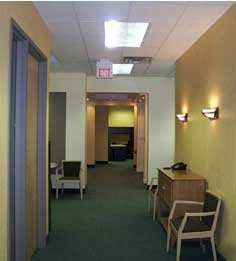 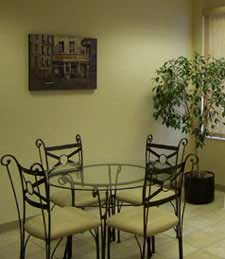 It may be that Anne's taste was clearly visible to the VP because she's always been interested in design.

'I've 'put rooms together' for as long as I can remember,' she says. 'It's just something I've always done.' 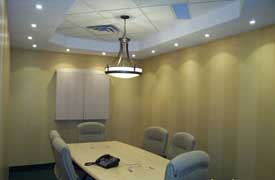 In part, Anne was encouraged by her friends and family to enroll at NYIAD, as they were always asking Anne's advice about decorating their homes. And then, when her company was reorganized from the top down, Anne took it as an opportunity to pursue her life-long interest in interior design by enrolling at NYIAD and continue to build on the foundation she'd established with her first design job. 'When I was a casualty of a reorganization, I took the advice of those close to me and plunged in to get my certificate in the field.'

Since then, Anne hasn't looked back. Right now, she's working for one of her friends on her home, and enjoying every minute of it.

The new job involves acting as a consultant on flooring, paint colors, and renovation ideas such as turning a small unused office into a cedar closet for off-season clothing.

'The thing I like best about working in interior design is being able to create a 'haven' for people,' she says.

Echoing what is said by the designers interviewed in our Fall Design Trends Special Report, Anne sees the home-as-refuge model as becoming increasingly important to people.

'The world is getting faster and more stressful every day, and I feel that people need to recharge their batteries in an environment that they personally find restful and soothing,' she says. 'Having the ability to produce this environment is very rewarding.'

Of course, there are challenges to being an interior designer. 'The biggest challenge I find in the work is a combination of the amount of choices that are out there, while working with a client that doesn't have a firm grasp on what they want,' she says. 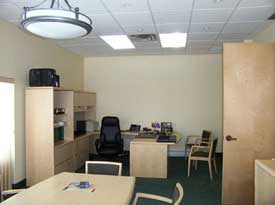 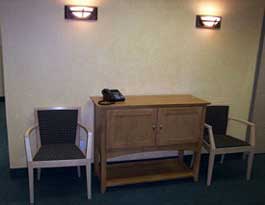 With the experience she already has, it should be easy for Anne to set up her own business, which is just what she has in mind.

'I'm hoping that once I've completed the course, I'll be able to make a go of my own little firm dedicated to client satisfaction and value for their money,' she says. 'I'd like to put a huge dent in the old belief that only the rich can afford beautifully decorated homes.'

With a 500K project already to her credit, we have no doubt that Anne Yez will soon be running her own successful business.

Come learn at our interior decorating school and become a success just like John!