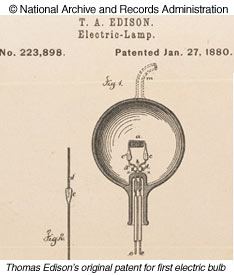 As you probably know, Thomas Edison is credited with propelling us all from the dark ages of candles and lanterns and into the modern age of lighting, having gotten the bright idea of electric lighting back in 1879. Within 25 years, millions of people were living with electric lights, showing just how important a change this was.

What you may not know is that the structure of the light bulb is ridiculously simple, and hasn't changed much since its invention. Like almost everything else, it all comes down to atoms, which release light photons.

The way this happens in a lamp is very simple. The bulb has a base, with two metal contacts, and in turn these connect to an electrical circuit. A thin metal filament attaches to these metal contacts by two wires; the filament is the part in the center of the bulb, held by a glass mount. The glass bulb is filled with an inert gas. 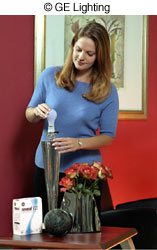 When the electricity comes on, the current goes through the contacts, then through the wire, and finally into the filament, causing the movement of free electrons, which bump into the atoms that comprise the filament. Each time an atom vibrates, it heats up, releasing infrared light photons. If these are heated enough, then, voila, we see the light.

In an incandescent bulb, the filament is made of a thin piece of tungsten metal, coiled to fit inside the bulb; if it were stretched out, it would measure about 6 feet long!

Because incandescent bulbs shed a much more pleasing light, there are now many styles and types of these bulbs on the market. Even though the basic way they work hasn't changed much in over 100 years, there are now all manner of bulbs, from garishly-tinted red bulbs to gently frosted globes.

One factor to consider in choosing bulbs for a room is the wattage. We're all familiar with the basic light bulb you can buy in the grocery store, with varying wattages which give off brighter or softer light. Many people prefer a high wattage bulb for reading and other close tasks, but use a lower wattage, such as 60 or even 40, when they require more diffuse, soft light.

In thinking about lighting a room, consider using different wattages of your incandescent bulbs, so that you can control 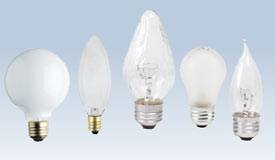 You can also play around with using different colors of bulbs as many manufacturers now produce ones that are tinted or frosted in orange or pink, which make skin tones more appealing. You can also find bulbs in a variety of shapes, including globes and flame tips, which are created to look like the flame on a candle and are used primarily in candelabras.

Next month, we'll discuss the fluorescent bulb, and why it is sometimes preferable over an incandescent bulb. 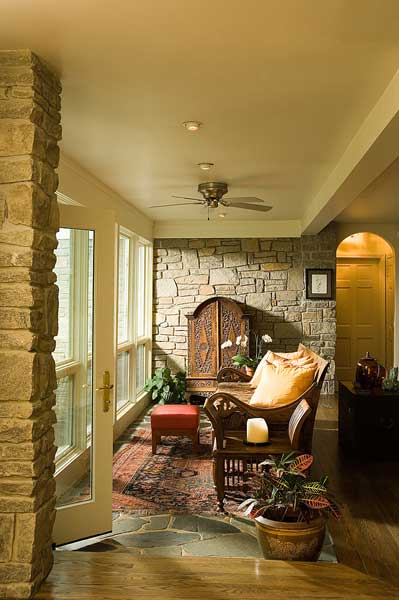 Room of the Month - Three Rooms 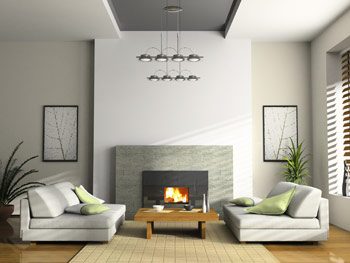