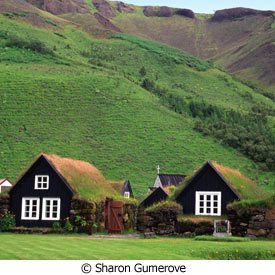 From the viewpoint of 2010, it's hard to imagine a time when designers didn't consider the impact a room or home's design would have on the environment. When the NYIAD School of Interior Design was getting started, the concept of green design was still in its infancy. But as much as we are beginning to take green design for granted in the early part of the 21st Century, it is a pretty new concept and still getting its legs.

Of course, if you go back far enough, you'll find that all creation of shelter was indeed "green" —humans have always had to work with, rather than against, their environments in order to create shelter that would work at maximum efficiency. The Inuit of the Arctic are among the best examples of this, finding ways to create shelter without wood, building houses made of snow-bricks in winter and of stone huts built into hillsides in summer.

But then there came industry. Chemicals. The ability to import materials from great distances. Heating systems. Air conditioning. On-line shopping.

If we wonder whether these innovations made life better, all we have to do is think about how life would be without them; there aren't many people who would argue that it would be better to wake in a bitterly cold house and have to chop wood and make a fire before breakfast. Those of us with creature comforts sometimes remember how fortunate we are to have the basics that are delivered to us by technology —homes that are comfortable, heated, cooled, wired with electricity, with drinkable running water in both hot and cold. 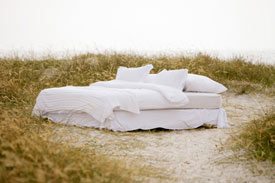 These advances, unfortunately, wreaked their own havoc on the fragile ecosystems around us; importing a chair from South America to Michigan takes a lot of fuel.

By the time the NYIAD School of Interior Design was launched in 1985, the world had seen the environmental movement grow, and in the United States many people were recycling and were exercising care with materials. And some people were carefully considering how their design decisions would impact the environment — people were beginning to see the benefits of buying locally, of using safer paints and other substances, and of importing goods directly from the craftsmen around the world who had made the products.

Still, in 1985, what did the Green Design Movement look like?

Environmental disasters seemed to run rampant in the 1980s — the nuclear reactor accident at Chernobyl in Ukraine in 1986 served as a wake-up call to people around the world about the necessity of protecting our fragile environment. People were taken up with issues of acid rain and rain forest destruction, which was being linked to global warming. And awareness was growing about the pressures on South American countries to produce goods for North America were contributing to deforestation, which in turn was threatening the ozone layer.

Of course, it would take some time before the understanding of the necessity of green design would filter down and change the way most designers worked. This was a gradual process; the concept of green design is complex, and so it has taken some time for the concept to cohere in a way that designers can grab onto and quickly articulate for their busy clients. 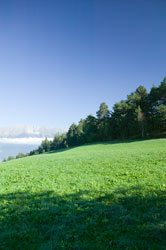 Today, many designers know that LEED is an internationally recognized certification system that certifies that a building is "green" — that the building promotes saving energy, reducing CO2 emissions, and having a minimal environmental impact. But that program was only begun in 1993, by the U.S. Green Building Council.

So, even though we have come a long way since the days of pouring un-used paint down the drain or using goods imported and made with unsustainable woods, the green design movement is still in its infancy. Our "Green Design" column has only been a regular feature on Designer Monthly for less than two years.

There is still a lot for us to learn about how to make our homes beautiful while maintaining our precious and beautiful larger environment, and the NYIAD School is proud to be part of this. 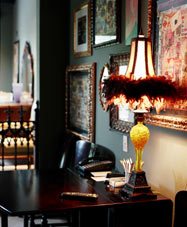 Many times good interior design counts on a certain kind of sleight-of-hand: The very best job is the one… 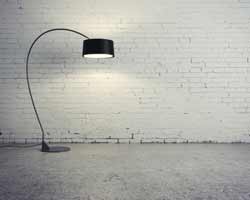 Look of the Week: Cables and Cords