Walk into almost any home today and you see a jumble of styles. The labels of contemporary and modern are applied almost interchangeably but do they mean the same thing? In a word, no! To get to the heart of the matter, we have to travel back to the origins of modernism — all the way back to almost a century before — the 1920s.

In Germany of the 1920s, an era of rapid change and exploding art, the leading stylemaker was the Bauhaus School of Arts and Crafts. The Bauhaus opposed the overly decorated styles of the century before, the Victorian period, and developed the modern style we know of today. Bauhaus architects and designers such as Gropius, Moholy-Nagy and van der Rohe, rebelled against the heavy carving, the ornamentation and the busy patterns and color schemes of the “Victorian style”. The Victorian style is really a misnomer because it encompassed almost a whole century’s worth of different styles that included Queen Anne, Italianate, Belter, the Arts and Crafts movement, to name a few. What they all had in common was a richness of detail and ornamentation, sometimes to excess.

The Bauhaus freed design of the oppressive weight by simplifying form and line and by eliminating all surface decoration. What they ended up with were white walls, simplified geometric buildings, and linear detailing. The furniture was also minimalist — rectilinear forms with no surface ornamentation and usually made of one type of wood, glass and/or steel. The color palette was neutral – blacks, whites, and browns. Thus, the modern style was born. 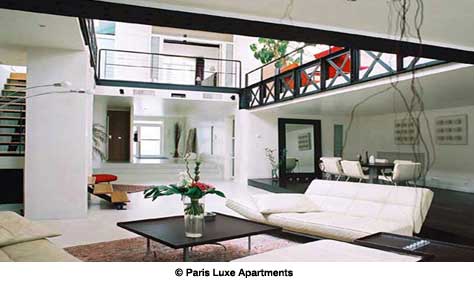 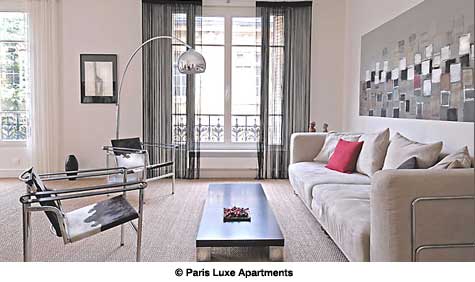 Fast forward to the second half of the 20th century and early 21st century, lifestyles began to change and the desire for comfort and relaxation grew paramount. The need for formal social gatherings in the home diminished. People wanted to lounge in their sofas, watch television, and throw impromptu, fun parties. Formal, engraved invitations were out, Evite was in.

In response to people’s needs, the contemporary style evolved. Contemporary furniture became rounded, comfortable, and generally used light woods such as maple and oak. Color schemes were simple; use of earth tone colors was common with a splash of bold color in either the accessories or the artwork. Eclecticism is another feature of contemporary style. Furniture from different periods or different countries were mixed and thrown together into a room. For example, Tuscan rustic was combined with American farmhouse; Louis Philippe mingled with shabby chic; and Asian style merged with mid-century furniture. Famous contemporary designers of this era included British David Hicks, California designer Michael Taylor, and New York designer Mark Hampton.

A great example of contemporary styling is the Larry Laslo-designed bedroom showcased at the 2006 Kips Bay Show as shown in the photos below. The armchairs by the fireplace and the upholstered bed are Art Deco inspired; the leather chair is Georgian and the desk from the 1940s, all of which are enclosed in neoclassical detailed walls. 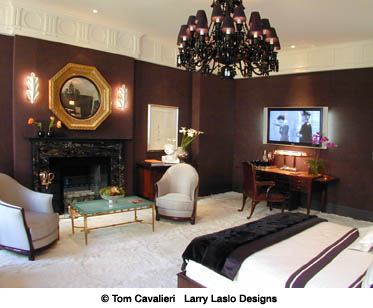 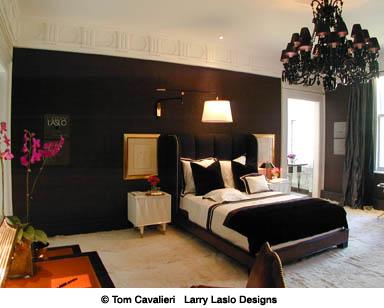 Both modern and contemporary styles appear everywhere today. They cater to different needs – those that want an uncluttered, airy, and clean look will prefer the modern style. Those that want to mix and match and want comfort above all else will lean towards the contemporary style. Modernism is a much more formal, exacting approach. It requires an inhabitant to be organized as the style dictates an uncluttered space. There is very little use of color or pattern so choices are limited. Simplify, simplify, simplify is a common mantra of modernism.

Contemporary style also eliminated the heavy ornamentation that came with traditional furniture but relaxed its style dictates. A designer can use a more varied color scheme and also mingle furnishings from different eras. With the proliferation of furniture sources and the internet, adhering to one set period of style or geographic location doesn’t have to be the norm. The ease of contemporary styling has made it a popular choice for most clients and designers. 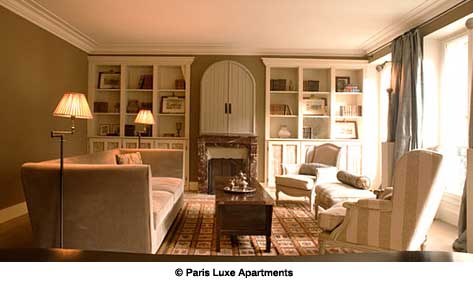 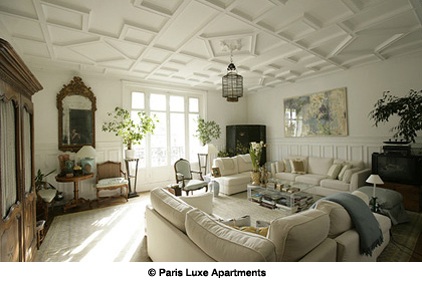 The debate between modern and contemporary may continue to rage on into the new century but the fact that it is still referred to and used over and over again attests to the strength of the ideals of the designers that created it.

Look of the Week: Cables and Cords 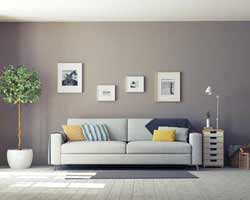 The New York Institute of Art and Design offer online interior design classes and because we do, we like to provide free tips for aspiring designers. Enjoy!…