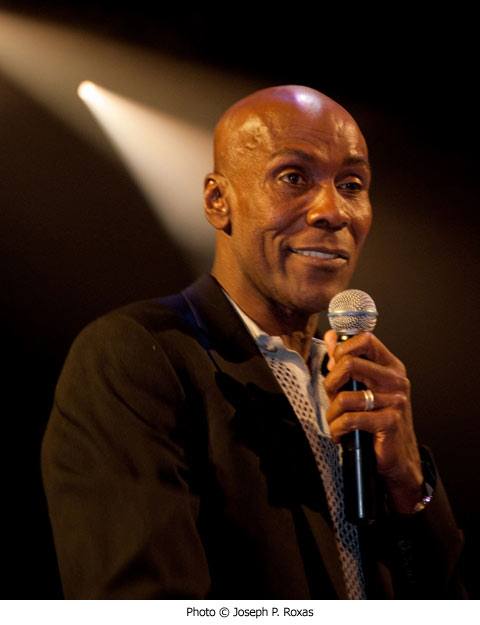 There is no one more well-known in the world of event planning than Preston Bailey, whose gorgeous event designs are commissioned by some of the biggest names in Hollywood. So, needless to say, I jumped at the chance to attend the launch party for his newest book, Celebrations. As someone who doesn't normally hobnob with the rich and famous — but who is interested in event décor —this was an amazing chance for me to attend a party with production values that would rival Broadway and Hollywood.

The party was located at the Armory building in New York City, which on an ordinary day is basically a big gymnasium. While this may not sound glamorous, this type of raw space provides a perfect canvas for a planner like PB, who is known for completely transforming the venues where his parties take place.

As I approached the party, the first thing I noticed (considering that it was a very, very cold January evening) was the heat lamps scattered inside the velvet ropes. The woman who checked my name off the list was extremely gracious —not an ounce of the attitude you sometimes get from people working New York City events. This was something I noticed throughout the night—everyone associated with the event was friendly and welcoming. The entire vibe of the event was that everyone in attendance was important and welcomed —an impressive feat considering that many of us had never met Preston Bailey, and that there were hundreds of us there.

The steps of the armory were rigged up with motion sensors so that each step up the stairs triggered a projection of flowers that echoed the cover of Preston's Celebrations. The long hallway into the venue was dimly lit and draped in black cloth, drawing the eye to the purple lights spilling out from the party.

The entrance to the party room was framed by two dramatic Lucite trees with crystals at the end of each "branch."They were bathed in pink and purple lights, so that their color appeared to change from different places in the venue. Once the party got going, PB took position in between these trees to greet guests as they arrived. 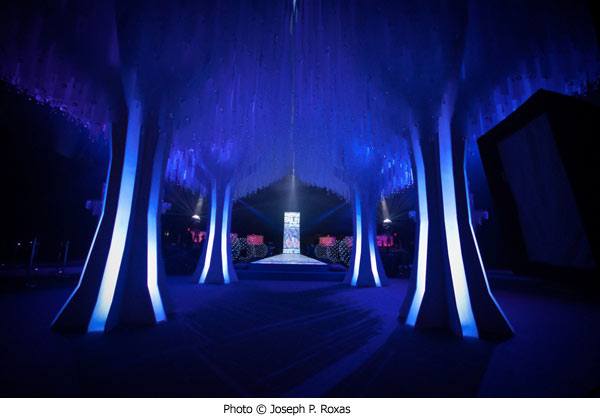 Another striking aspect of the décor, located directly behind the Lucite trees, was an enormous catwalk extending through the length of the room and up towards the ceiling. The catwalk was illuminated by moving projections designed by the Moment Factory, a lighting company based in Montreal. 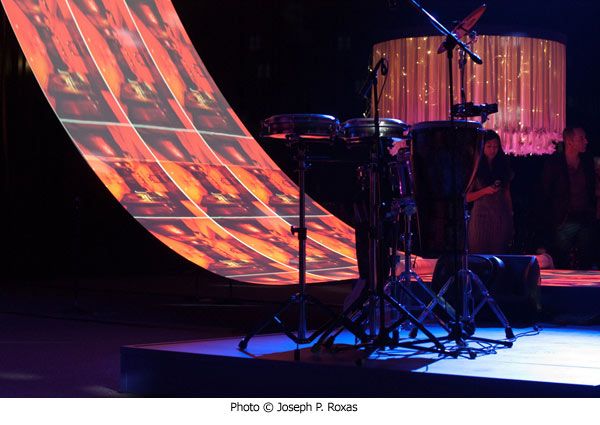 On either side of the catwalk were two large bars, where they served wine and caipirinhas, as well as a glorious assortment of sweets by Oliver Cheng. 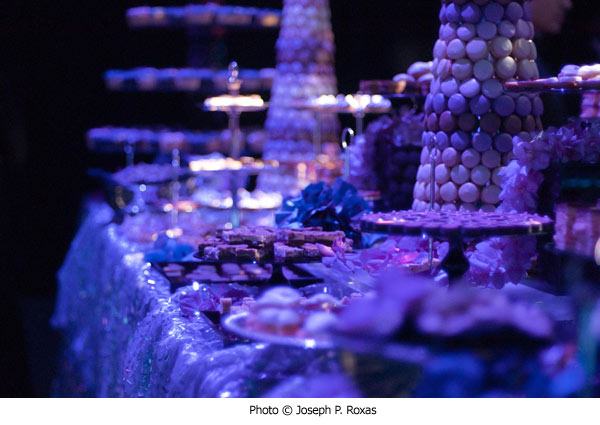 The centerpiece of each table was a large sculpture that appeared to be holding up an enormous disco ball —this echoed the Atlas theme of the party invitation. 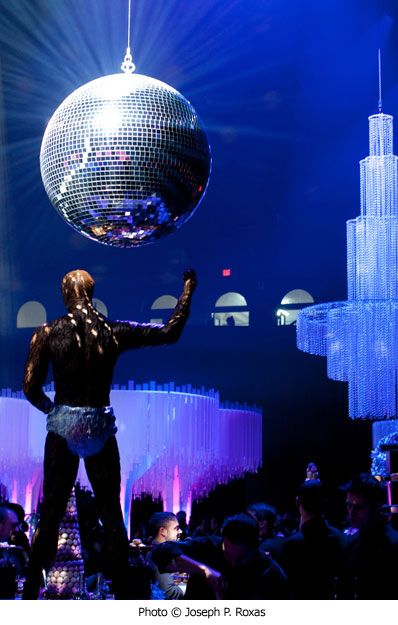 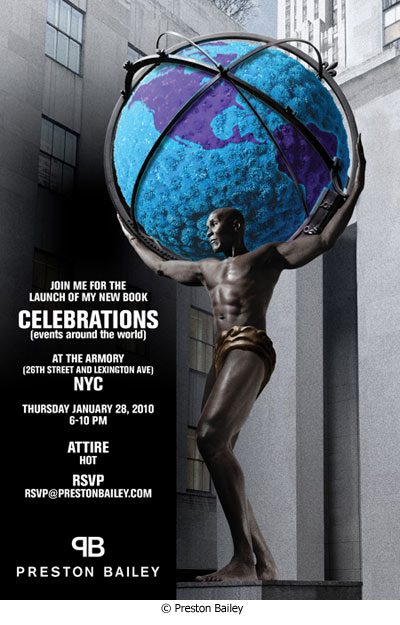 Another notable decorative element was several large globe-shaped candle holders that were filled with LEDs shaped like ice cubes. These added light and drama to the party —and are a good trick for every event planner to remember. These can be a great solution in a venue that doesn't allow candles, and are very affordable.

At the party I had the pleasure of running into several acquaintances, including Joseph P. Roxas, who agreed to let me use his stunning photographs of the event in this article. 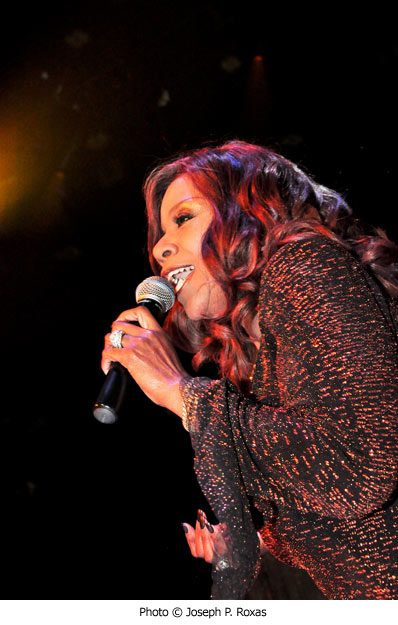 Two surprise musical guests thrilled the crowd with performances of some of classic club hits. First, Martha Wash performed singles from her bands the Weathergirls and C+C Music Factory — including "It's Raining Men" and "Gonna Make You Sweat (Everybody Dance Now)." The second surprise guest none other than Gloria Gaynor, and I felt truly honored to be able to see her perform "I Will Survive" —especially since the long catwalk allowed everyone at the party to stand directly next to the stage.

Truly, the evening was a night to remember. If you would like to get more of a feel of the event, you'll want to check out the event planner today! 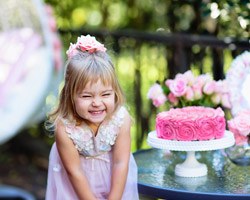 The New York Institute of Art and Design is an online event planning school and because we are, we like to provide free tips for event planners. Enjoy!… 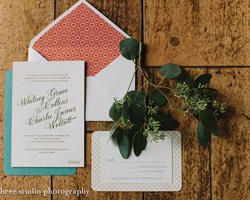 5 Planning Tips for the Smallest to Biggest Events

No matter the size of your event, there are a few seemingly universal tips to the success of any party. I’ve listed five guidelines below to keep in mind when…