Real life examples of how one NYC Wedding Coordinator has dealt with potential wedding and event disasters and the lessons she learned in the process. 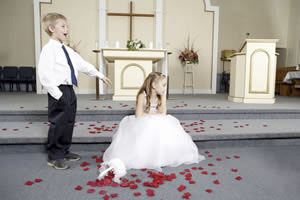 As a wedding coordinator, I am often called on to coordinate not just the reception, but the wedding ceremony as well. Each reception is different and presents its own set of challenges, but the ceremony should be the easy part. Most Western ceremonies are similar and there is really only so much a coordinator can do, so my assistance is usually limited to the processional.

By the time I get to a typical ceremony, we’ve done a rehearsal and the bridal party is supposed to know what to do. In reality, most act like deer in headlights once the music starts and the aisle is ahead of them. Then, with a little nudge from me at the right moment, off they go, like birds being pushed from the nest and learning to fly. However, there can be a giant stumbling block to a seamless processional.

If your clients have included children in their wedding party, be aware that these adorable sweet-faced munchkins are unpredictable when it comes to performing their duties.

I once coordinated a wedding that included 3 year old flower girl, Anna. The bride did not particularly want a flower girl, but the Anna’s mother was the Matron of Honor (and the bride’s sister) so she felt obligated to include her. The bride was very open to my suggestions on how to make Anna’s job as simple as possible. Our solution was to seat her father in the front row so that when I sent Anna down the aisle, all she had to do was walk to her dad. He would then intercept her and she would join her father, having a seat next to him. This plan eliminated a fidgety flower girl trying to stand with the rest of the wedding party for the entire ceremony.

We rehearsed the processional a couple of hours before the wedding and everything went very well. The family and bridal party was in good spirits and Anna seemed to understand her role.

The ladies retired to the bridal suite to for their preparations. Makeup was touched up, dresses were donned and the florist even had flowers for everyone’s hair. As I checked in on them, things were happening smoothly. The first hint of a problem was when Anna refused to wear her flower wreath. Every time her mother tried to pin it in her hair, Anna shrieked and pulled it out. Different tactics were used to attempt to get Anna to wear her wreath, but in the end Anna's stubborness prevailed and it was left behind.

As I lined the ladies up for the processional, Anna did not want to let go of her mother. This was a problem because her mother was the first to walk down the aisle, and Anna was not supposed to walk until just before the bride. Every bridesmaid pitched in to keep Anna calm in a moment that should have been all about the bride’s imminent walk down the aisle.

The groomsmen and family processed beautifully. The bridesmaids looked fantastic as they made their grand entrances one by one on my cue. Then I cued Anna. And Anna stood still. I spoke to her gently, told her to go walk to her Daddy. She walked a few feet to where the guest seating began, stopped and began to cry. Not just a whimper and a couple of tears, but a full on howl.

Anna was such a disaster as a flower girl that her father had to walk up the aisle to retrieve her as she wailed away. Meanwhile the ceremony had ground to a halt, the only person left to process was the bride and she was fuming. Sadly, she said: “I knew she was going to do this.”

While children look darling in wedding attire and are an important part of any family, they can also cause an unwanted scene at crucial moments. As a wedding coordinator, I always delicately present my clients with all of the possibilities when considering whether or not to include children in their wedding party. Ultimately it is their decision, and it's my job to give them all of the information I can about their choices. All I can hope for is that they make the right decision, and that everyone is prepared to deal with the consequences if the wrong decision gets made.

Want to learn more? NYIAD can teach you how to become a wedding planner today! 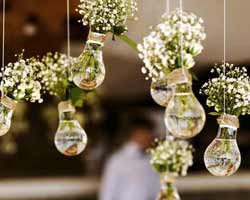 The New York Institute of Art and Design offers online wedding planner courses and because we do, we like to provide free tips for wedding planners. Enjoy! … 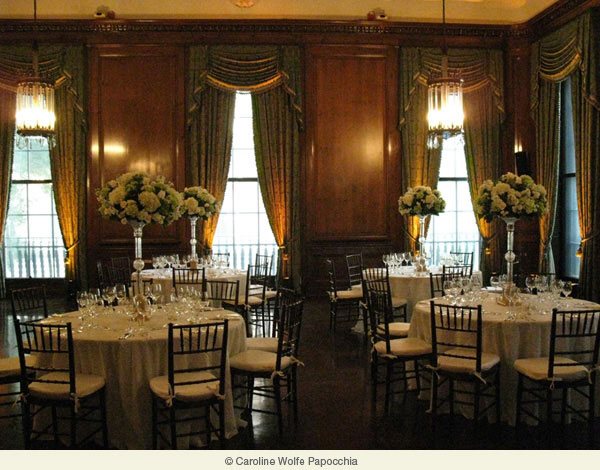 By: Caroline Wolfe Papocchia on October 2 2010.

A bride and her father are walking down the aisle. In front of them, framed against a backdrop of stained glass and polished wood, stands the nervous groom. This shy…