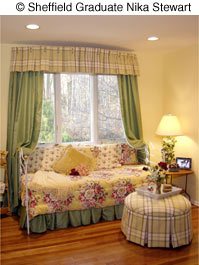 From NYIAD student to star of television interior design? Why not? With thousands of students enrolling in our Course in Interior Design each year, the chances are good that some of them will make it to the final round of HGTV's new reality TV show promoting up and coming interior designers.

But also, Nika Stewart has that extra something that makes it not surprising that she's a finalist on HGTV's Design Star, which will select one winning interior designer from Nika's group. The show will air on July 23.

But Nika wasn't satisfied with that. In addition, she works as a consultant and instructor helping other interior designers to market their businesses and improve their sales. 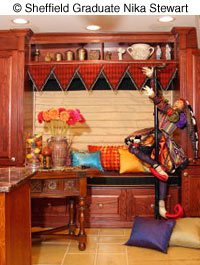 And she didn't stop there, either. She has a book, Designers' Marketing Blitz, which "has helped many new and experienced interior designers increase business with innovative promotional idea," she says.

Nika understands that getting her name and her good ideas out there is paramount when it comes to building her business. She shares marketing tips with a wide network of interior designers through her free bi-weekly e-newsletter, which is available to anyone.

And if that isn't enough, Nika also teaches interior design courses at international trade shows, and she writes a column in Window Fashions Magazine.

All this success can't be credited only to Nika's people skills, but her experience shows how important it is to develop the willingness to take an encounter with a potential client that extra step. She got her first interior design job that when she was working at a local design shop, and a customer came in who Nika was supposed to refer to one of the senior interior designers.

"But we hit it off, and she chose to work with me. After I left the design store to start out on my own, this client chose to stay with me," she says. And that, in turn, led to referrals to other clients. 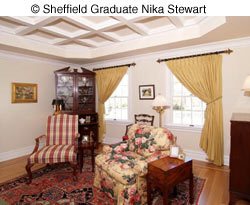 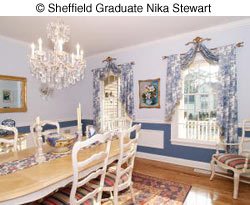 Nika's education at NYIAD kept on helping her even at that point: "I used all of the business form templates that I had gotten from the NYIAD Course so that I would look professional." 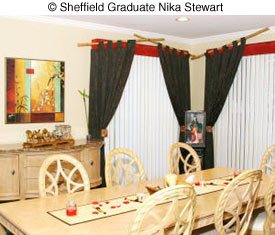 Not surprisingly for someone so outgoing that she's a finalist on HGTV's Design Star, the aspect of interior design that Nika enjoys most is talking with the clients. "

"I love listening to each client and trying to get into their minds to see what design would really make them happy. The individuality of interior design is so exciting to me. No job is ever like any other. I feel like a therapist who gives a custom "design diagnosis" to each "patient," and then prescribes a "home fashion cure."

When she was studying at NYIAD, Nika found great inspiration in the concept of designing "with mood in mind."

"I base my whole philosophy of interior design on that principle," she says. "Instead of designing a room to merely 'look' nice, I find out what the client wants to feel in their home, and I create that feeling." 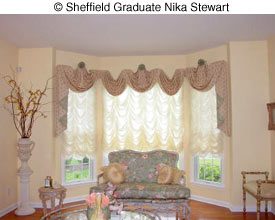 She also credits NYIAD with teaching her that there's a lot more to being an interior designer than just knowing how to select colors or fabrics.

"Another wonderful thing about NYIAD School of Interior Design is that they don't only teach you how to design," she said. "They also teach you how to work as an interior designer. I took classes at a local college, and while they were very helpful in teaching certain aspects of drawing and design history, they didn't teach the business of interior design. I could not have started my own interior design business so successfully if I didn't have all the information – and confidence – that NYIAD gave me." 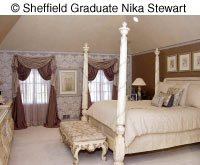 And Nika also knows the importance of continuing her interior design education, which she still keeps up with even though she's busy with all her other projects. She advises her decorating students to keep learning.

"Subscribe to home design magazines and read interior design books," she says. "Get inspiration from everywhere! Join networking groups to keep up your motivation and share ideas. I belong to several window covering groups, and I get so much information, encouragement, and support from them," she says.

Here at NYIAD, we're very proud of Nika. Whether she makes it to the top at HGTV's Design Star or not, it's obvious she already is a design star — and we're proud to claim her as one of NYIAD's own.

NYIAD Interior Design school is very proud of our very own Nika Stewart! Our interior design courses have helped her become a finalist on HGTV's "Design Star" TV show!