Anyone who thinks they need a background in art or design in order to become an interior designer needs only talk to Larry Menache, a NYIAD graduate whose living room design recently won the award for Best Living Room Overall from Louisiana Home and Garden Magazine.

Menache didn’t go to art school, or start out in architecture. Rather, he is a practicing physician who developed an interest in interior design and now pursues that interest as a side profession, thanks to his training in NYIADs School of Interior Design. 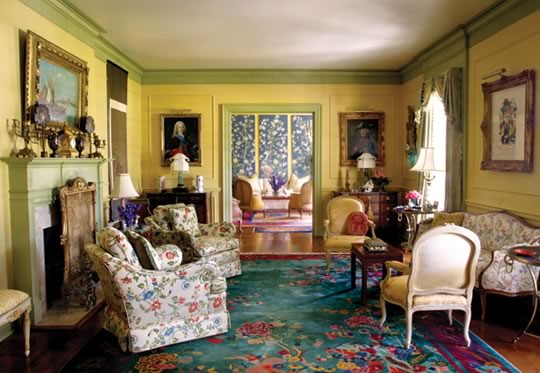 The Louisiana Home and Garden Magazine award was given at the end of 2008 for work done in the state of Louisiana, and was announced at a gala held at a plantation near New Orleans. The room was published in the December issue of the magazine, and the whole house is featured in the January issue.

Menache came to the NYIAD Course because, living in area where there were no residential courses in interior design offered, he turned to the idea of distance education. After research he found that the flexibility of the NYIAD Course would allow him to study around his busy schedule as a practicing physician, and that “the credentials were excellent.”

Now, Menache is working as a freelance designer, in addition to still maintaining his work as a physician, doing both small and large jobs.

“I like to work not only in the traditional style, but I am also doing a lot of work in the transitional style as well as in the contemporary style. I like to incorporate antiques from the 18th century to mid-20th century when the budget allows and the jobs calls for it,” he said. 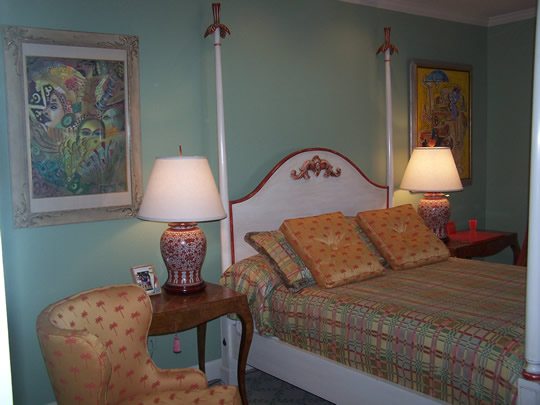 Menache also appreciates that using antiques helps to protect the planet, as it uses no new resources.

No matter what the style, Menache focuses on the importance of proper proportions, something he would stress to any new student, and something he learned from studying the masters of design proportions are correct,” he said. “I think that the most important thing that a student can do is to learn from the old masters of interior design. The pioneers of modern interior design like Billy Baldwin, Eleanor Brown, Sister Parish and the House of Jansen have a lot to teach us. There are no new ideas but a new interpretation of classical design. They must also know the names and styles of the great furniture makers of the 18th century through the 20th century, such as Jacobs, Boudin, Chippendale, T. H. Robs-Johns Gibbons, and Tommy Parzinger. All of these stressed the importance of proportion.”

Menache finds that working in design gives him an outlet for his creativity along with the satisfaction of helping people make their homes and business look the way they want.

“I really enjoy helping my clients achieve the look that they have imagined in their minds. I like to take that image and make it even better beyond what they had envisioned. I feel that the relationship between the client and designer is very important. If I understand the client and what they want I can exceed their expectations,” he said. 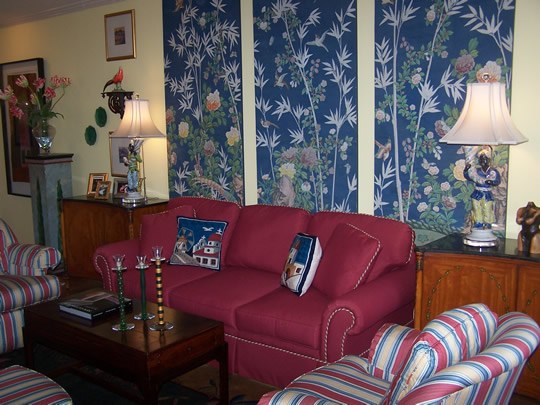 As is often the case, the biggest challenge is in wrestling with the budget of a project. “No matter how much I think things are going to cost they always seem to cost more than was originally planned. Adding up that final invoice is always scary. It is always higher than one expects. Clients need to understand that nice things cost money and take time to fabricate,” Menache said.

In all his design work, Menache finds that he relies on his training with NYIAD. “It has helped me put my ideas together in a way that I can show a cohesive plan to my clients. I think the biggest thing I learned was to do a design board and the furniture layout. I learned to be flexible with my plans particularly on installation day.”

Menache plans to continue with his dual careers, gaining a different kind of satisfaction from each. “I want to continue my work to show my point of view. Rooms can be beautiful and comfortable and functional,” he said.