What's the secret to being a successful designer? One is simply knowing your clients and their needs, and then catering specifically to them. That's what NYIAD Graduate Connie Nikiforoff does, and her business, Connie Nikiforoff Designs, has the track record to show that it works.

If you're living in Manhattan or Los Angeles, you'll likely have interior design clients who have a bigger budget, and who may be adventurous in trying out new looks — unusual color choices, or a minimalist style. But in Bismark, North Dakota, Connie has learned that her clients tend to be conservative in their style, and that, combined with the difficult economy, has led her to specialize in residential redesign. 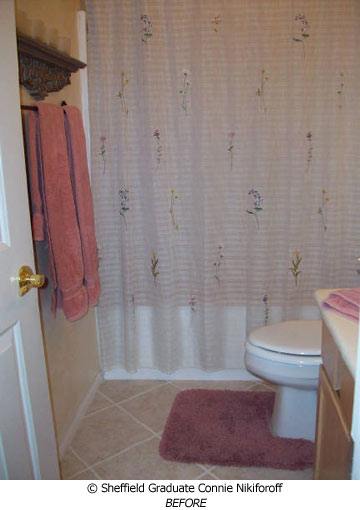 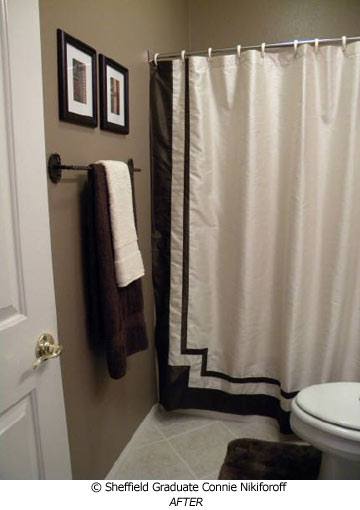 "I love doing redesign because often I know almost from the start who the people are, what their personalities are, and what they like, because I see what they already own. I feel that I've made a new friend from my first appointment," Connie said. "Also I realize that many people are desperate for a new look but cannot afford to start from square one."

Connie works with these clients by rearranging what they already have, and by "shopping" around their home for accessories they're not using, or which can used differently. 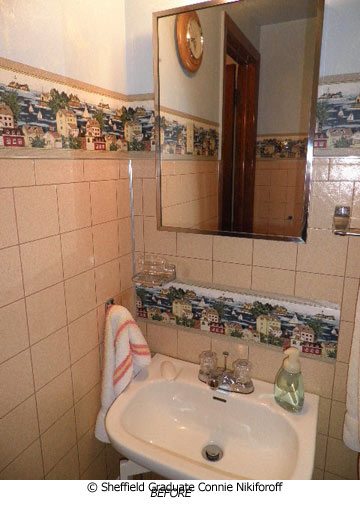 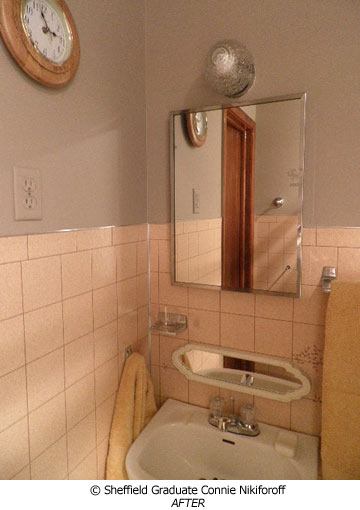 Often the responses she gets when she completes a redesign job is "Wow! I never would have thought of that!" after she repurposes, reuses and recycles things they already own. She is also a stickler for really listening to and staying within the client's budget.

When asked what she likes about working in design, Connie responds says, "I enjoy pretty much everything about being an interior decorator!"

"Having a life-long background in music and theatre, the switch to decorating doesn't feel like a very big step. To me, it all involves using the fine Arts to make our world a more beautiful place to live — I strive to make my clients' homes a place they enjoy coming home to that uses all the five senses." 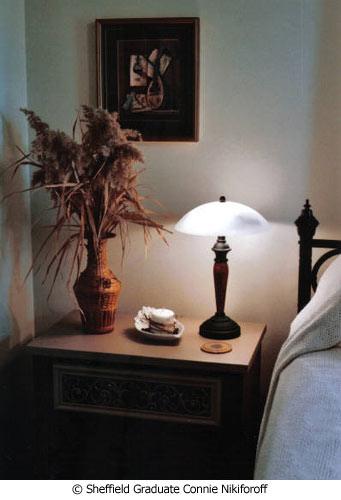 Of course, sometimes the client doesn't realize that a re-design won't be as easy — or as inexpensive — as a 30-minute tv show such as those on HGTV, and Connie has to explain that the prices on those shows often don't factor in labor fees. "Once we get that ironed out, we usually have no trouble coming up with a logical, reasonable, workable budget that produces a finished product we're all happy with."

Connie's enthusiasm for her work means that she gets involved with it to the point where she sometimes will dream suggestions and solutions while she's sleeping. "In many ways, it's like preparing for a theatrical or musical production: go, go, go for several weeks or months, have the "performance" then it's over. You take a break and start the next "performance"!

Another secret to Connie's success is in how she's promoted her business. She has a Web site that is attractive, informative, and easy to navigate, and early on she invested in advertising. 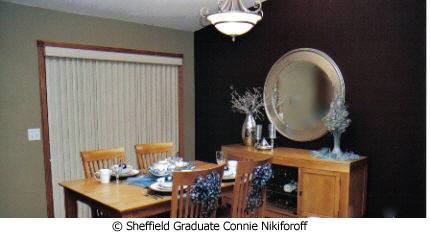 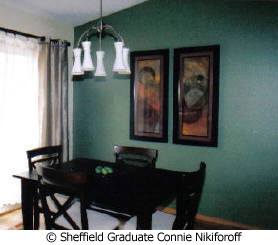 "It's challenging to try to figure out what type of advertising works best, especially in a depressed economy," she said. "Also, although I know that spending a little money to give one's home and surroundings a little lift is a good thing, when it comes to redecorating or paying health insurance premiums, for example, it's easy to see which one might win out."

Still, it was her ad in her local Yellow Pages that brought in Connie's first client when she was starting. "The gentleman was at a crucial turning point in his life with his family home and I helped him make some big decisions about that. He's become a friend of my husband and me, and he's also gotten me a couple other projects.

Although it was a small budget redesign, when he found he could trust me implicitly, he opened up the budget and said, 'Do what you need to do!' I'm fairly conservative myself so he knew I wouldn't bust the budget." 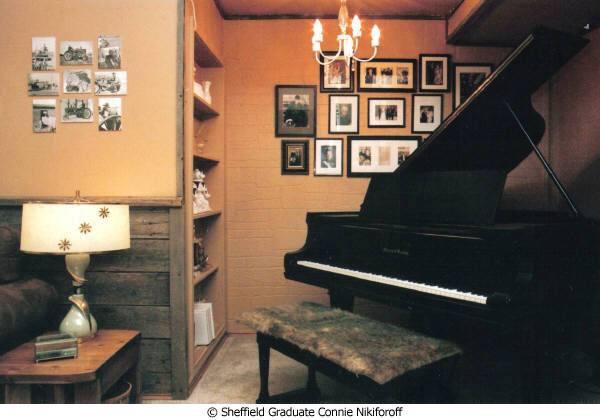 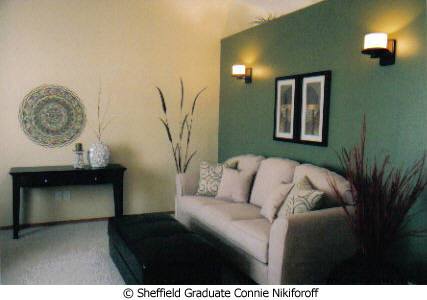 Connie is one of those designers whose path now seems clear; when she was a child, she liked playing the board game Clue because she could envision how she'd decorate the various rooms on the board. After she'd raised her children, she enrolled in the NYIAD Complete Course in Interior Design and she was "ecstatic."

"I ordered the entire course at one time and "went to school" every day for about 10 hours a day. I was very motivated to complete the course in one year....and I did! My husband was one hundred percent supportive of me."

Studying with NYIAD helped solidify and bring to the forefront talents and interests that I believe were there all along. Learning terminology and descriptions of things used in decorating has helped me, especially when shopping for larger items, such as upholstered furniture. I'm better able to determine styles of decorating too. I often decorate with a "gut instinct" approach but then when I analyze it, I now know why it works," she said.