The next time someone tells you to think of adversity as an opportunity, you might just want to take the advice. That's what Barry Wingard did, he's now running his own design firm, with great results.

"Some of my earliest recollections of interest in interior design came from helping my parents restore our home after a fire. It was after this experience that I decided to take the Interior Design Course at NYIAD," he says. 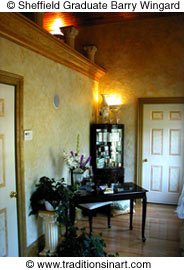 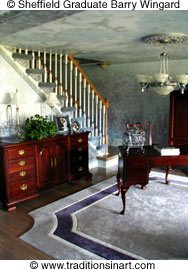 Over the years, Barry's held several positions as a designer in various furniture stores, but his first "major break" in the field came when he was named Vice President of Royal Diadem Design Center.

"One of the most challenging, rewarding parts of this job was completing the interior and architectural design of the historical section of downtown Dubois, Pennsylvania. These buildings were restored or reconstructed for new businesses," he says.

In this position, Barry continued to use the resources of NYIAD, not only by looking up information from the Course, but also by referring others to the school.

"With the position of VP came the responsibility of hiring others to work for us on the retail sales floor. I usually hired people who were gifted in some form of the arts --- not necessarily designers. When I knew that they had a good work ethic, I would suggest that they would take the interior design course from NYIAD. This practical course, along with their on-the-job training, created a good sales team for the design firm," he says. 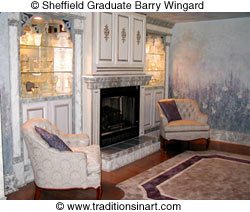 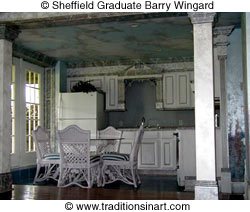 Barry would work as part of a team in developing designs for private homes, offices and retail businesses, from New York to Florida.

"I personally did not except a job under $250,000. Our sales team took the jobs up to that mark, and I would then oversee them to their completion. We normally kept 40 jobs in house at all times.

But still, this wasn't enough for Barry; he wanted to reach even higher, and in 2000, he opened his own business, with his mother, and Wingard, Wingard & Associates, LLC, was born. 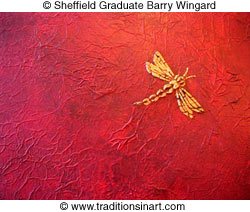 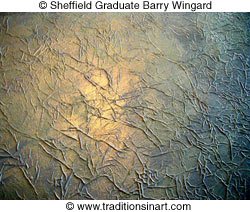 "We currently have 17 jobs in house," he says. "One of our strongest elements of design is our faux finishes. Many of our finishes are original designs that I have created in experimenting with color and textures."

But even with his own aesthetic sense so finely developed, Barry still sees his job as one of helping the client express his or her own taste. 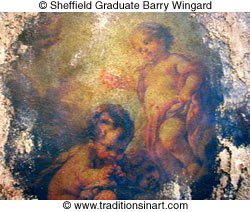 "One of my favorite parts of interior design is collecting thoughts and ideas to reflect the dreams that clients have for their homes and or businesses."

While Barry's firm does a considerable amount of commercial work, his heart still lies in helping people make their own homes their own through design.

"Although commercial designs are higher volume monetarily, they are typically spread thinner to cover more footage, and usually I am dealing with a committee or board. This has its good and bad side," he says.

"Private homes reflect more the creativity and the individualism of the personalities that live there. This type of job is more fulfilling to me. But all types of design are needed to be successful in the world of interior design. It is my goal to continue to fine tune my design skills, and to aways be open to more and new ideas in the wonderful world of design."

If you are interested in following in the footsteps of Barry, get started with a interior design classes from NYIAD today.