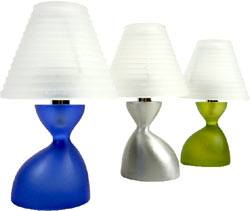 Many times good interior design counts on a certain kind of sleight-of-hand: The very best job is the one you don't notice, because it doesn't call attention to itself.

Good lighting, in a home or business, is one of those things that's invisible - if it's done well. You only notice the lighting of a room if it's too bright or too dim, not if it's just right. Our goal in offering this series of articles on Lighting is to give you some concrete advice on how to light a room so effectively that no one notices whether you're using florescent or incandescent lights, track lighting or standing lamps. They'll notice only that the room feels comfortable, and that they want to come back again.

So far in this Special Report, we've looked at lighting through the NYIAD Guidelines to Interior Design: function, mood, and harmony , and we told you all about the lovely glow produced by incandescent lamps, which are those lamps most often used in home interiors. 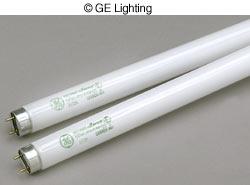 But what about fluorescent lamps? If incandescent lamps have the advantage of producing a softer, more flattering light, why would anyone use fluorescents?

These lamps have three important advantages over other lamps. First, they produce cool light —they don't produce heat. Second, they are long-lasting, burning for up to ten times as long as incandescent lamps. Third, they are much more cost-effective because they produce three to four times as much light for each unit of electricity.

The disadvantage to fluorescent lamps is that they produce a light with a green-blue cast that is unflattering and harsh.

While some fluorescent lamps are made with coloration that is designed to soften and warm the tones produced, most interior designers avoid these types of lamps because the light they emit is never as soft and natural as that emitted from incandescent lamps. Fluorescent lamps are preferred for commercial use, where their long life, cool operation, low operating cost, and high efficiency are important, such as in large offices, stores, or apartment building hallways. 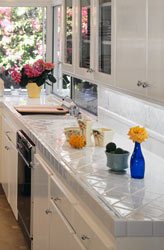 Where might you use fluorescent lamps in the home? At one time, because of their narrow shape, fluorescent lamps were the only logical candidates for strip lighting — the hidden lighting that you would place under a shelf where you need particularly strong, focused light. As such, they became standard for lighting kitchen work surfaces, being suspended under upper kitchen cabinets, and they are still frequently used for this purpose.

Because of their bright light, even illumination and low operating costs, fluorescent lamps are also frequently used in rooms that require a lot of even lighting and where mood isn't quite so important, such as workshops, garages, and laundry rooms. Even so, you can see that most of the lamps you'll be using in residential design will be incandescent.

For the most part, fluorescent lamps are used in work places, whether at home, in an office, or in another work situation. The light they produce is harsh, but that also means that it's perfect for when you need to see details clearly, such as when you're performing open-heart surgery, or doing needlepoint, or making sushi.

Fluorescent lights have gotten a bad rap — for quite some time they were not favored because their very rapid flickering was blamed for tiring the eyes and other problems.

But today, there are updated fluorescent lamps from which you can choose, some of which even fit into a regular fixture, just like an incandescent bulb. These are designed to have a long life, and can last up to eight years. 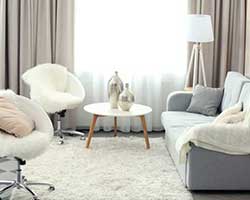 The New York Institute of Art and Design offers online interior design course and because we do, we like to provide free tips for aspiring designers.… 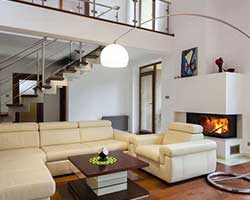 The New York Institute of Art and Design offers online interior design classes and because we do, we like to provide free tips for aspiring designers.…