You may not think you know much about Feng Shui, the ancient Asian art of placement, but even without any formal training in it, you are probably already using its principles. Even in the West, many of the most contemporary designs reflect what the world has learned —and is learning still— from Feng Shui. 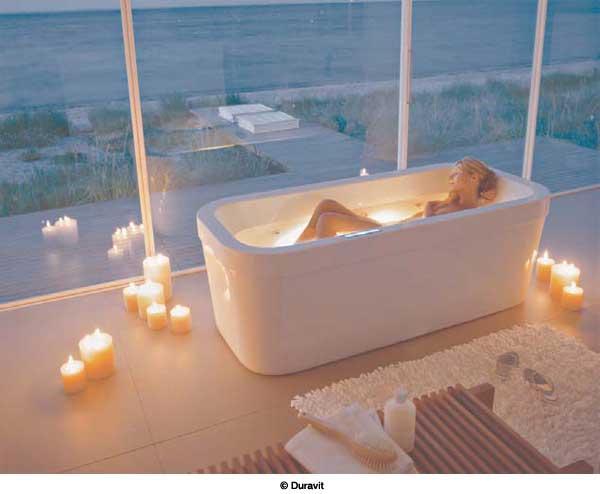 To start with, having a tidy, uncluttered front hall is paramount in most of today's homes, and not just in terms of keeping the level of mess down. In past times, a coat rack and an umbrella stand were considered de rigeur in the front hall; today, we rarely see such things, with many homeowners preferring a cleaner look as part of their contemporary design.

There is also, in contemporary design, often an emphasis on uncluttered space throughout the home. In Feng Shui, one of the principles is to keep the space clear so that the ch'i, or energy, can flow freely.

This approach extends to the bath as well as to the rest of the home. Quoted in City Scope, Ann Morris, Certified Master Kitchen and Bath Designer with Allied Kitchen and Bath, said that clean lines are right in place in today's contemporary bath.

"Contemporary is not sparse. Everything has it's place, yet it flows. You want to create a place that's livable, a contemporary design that shows off what you have but at a minimum, no clutter," she said.

Feng Shui also incorporates the balance of five different elements: fire, earth, metal, water and wood. When designing a contemporary room, it's easy to incorporate these, once you understand the ways in which they can be expressed. For example, to bring the fire element in, you don't need a fireplace; instead, you can bring in colors from the reds and oranges.

However, Feng Shui is often mistaken to mean "minimalism," and yet it doesn't. This misunderstanding may come from the fact that Japanese design is often minimalist, with sparse furnishings and squared-off edges. 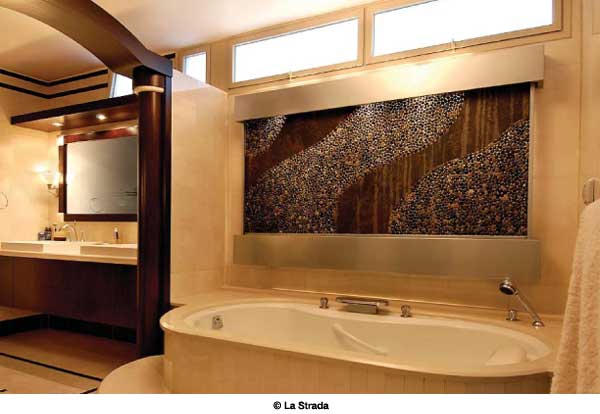 Rather, Feng Shui is concerned with balance, so you wouldn't necessarily have a very spare room unless it is somehow balanced, such as with bringing in some of the elements and paying attention to the balance of yin and yang.

Minimalism often calls on industrial lighting with track lights and accent spotlights, and uses bold, geometric forms which can be at odds with the Feng Shui attention paid to curving lines.

But sometimes the combination of a minimalist, Zen look does work perfectly with Feng Shui and with a contemporary style.

In the bath, in particular, the contemporary look and the use of Feng Shui can create a most soothing environment, according to Morris. 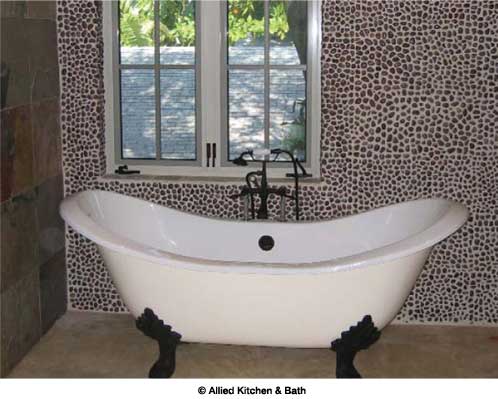 "A Zen-like room is organic, very soothing, earthy, very grounded, very relaxing. People actually like the Japanese soaking tub, that's a trend. As a designer, you have to place things to create harmony, healing and balance." added Morris.

Feng Shui does suit the contemporary trend of "green" design, with the attention paid to only having in the home things which are actively used. One idea behind Feng Shui is to not let detritus accumulate, and that means buying fewer things which are going to end up unused.

There is also an emphasis in Feng Shui on having living things in the home: green plants, pets, moving water. This works beautifully with contemporary "green" design, which often calls for paying attention to the materials used, and asks the homeowner to think of the home as a living structure. 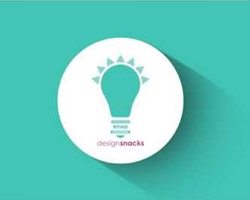 Welcome to another NYIAD Design Snack! In this week’s video, we learn that libraries are making a big comeback. You would… 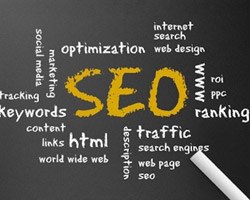 As a writer who wants to publish great content, your focus should be on people first and search engines second. That said, it doesn’t hurt to know the ins and…